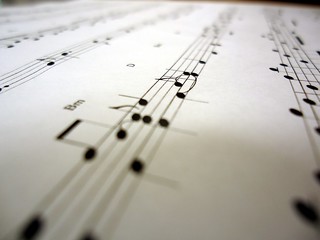 In class, we were given 30 minutes to use anything we needed/wanted to create a melody using only 3-4 notes. I had made only one motif before on flat.io to practice and I didn’t think it sounded that great, so I stared on a new one and focused on the idea of it being simple. I slapped 3 notes down that sounded good together, and after that just thought about where I wanted to put them. After I had the first two notes places, I knew exactly how I wanted the rest of the measure to sound. Once I was able to put that down I modified a few notes to go higher instead of lower and added one riff at the end of the second measure with an extra high note (making it 4 notes altogether). Then I looped the two measures and made the final note a whole measure, closing the loop with the same note it started with. Although I don’t love this motif as much as I love other ones, I think if I was given more time or if I practice more I can make it better or make better riffs and motifs in general.

This is the final sound