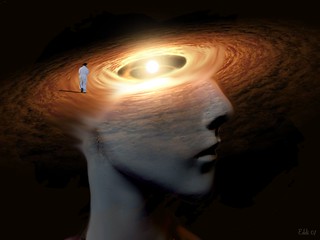 “And that artistry, in the end, will always ultimately lead to anguish”

Many people feel fear, it’s a common emotion in humans and brains to be afraid; especially of failure. In the past, creative minds who put out extremely influential work have all seemed to suffer from their own minds after. Because of this, the reputation of being a creative mind in this society is now also linked to being a depressed or suffering mind. But instead of just accepting this notion, we should all be encouraging the minds of the creative to live and create even more, instead of letting them do their passion and feel used up after that.

In ancient Greece and Rome, creativity was thought of as divine spirits who spoke wisdom to them. Greece called them daemons, and Rome called them genius. Because of this common knowledge, creative minds were never fully blamed for their work. After the renaissance, this changed, and creativity was completely of the person; it went from “having a genius” to be “being a genius”. This definitely can put pressure on artists.

Creative processes are different for everyone, but many can agree that it does often feel like something other than their own creativity. For poet Ruth Stone, she would say a poem was running after her over a landscape, and sometimes she would catch it on paper in time. Other times it would pass through her and look for another poet over the landscape. She even said there were times when she was so close to missing it, she had to write the poem backwards just to pull it back on the page. Most artists can agree to some degree of this.

Instead of being psyched out by this pressure, we can think of it as a loan. An extra piece that boosts our performance at our job that comes and goes if it pleases. We can’t control it. All we can do is show up to our job, do it, and maybe once in a while it will be divine. This way, we may be able to encourage our creativity and inspiration to survive all failure or fear of failure.